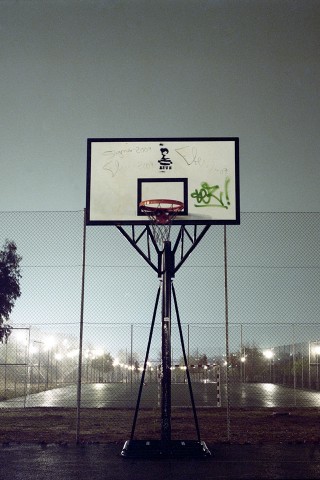 Andrés Medina was born in Madrid in 1978. He works as art director at an advertising agency in Madrid, Spain. He graduated at HND Multimedia and Design and specialized in graphic arts. In his work as a photographer he only uses analog cameras, mostly medium format. He started with digital photography but when two years ago he discovered the medium format cameras and began to use different films, he realized how much he loved traditional photography chemicals, developing film and photographic enlargements. He has several medium format and 35mm cameras and an enlarger. Andrés taught himself to use these cameras and measure the light, asking other photographers and observing the work of the 'great photographers' in books and the internet. He likes to capture special moments in his life and his aim is to keep them alive and safe in his photographic memory. In general he seeks out places which you usually wouldn't expect to be photographed.